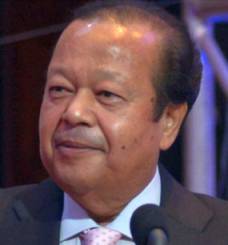 Guru Ain't Got No Respect

Prem Rawat has spent most of his career stating that he is just a simple and humble servant of God who only wants the love and devotion of the people who receive his Knowledge and practice it. Of course he also lives a life of luxury and conspicuous consumption paid for by their donations because he loves them and wants them to enjoy the bliss of giving …

There were some hints early in his career that there may be some other things he wanted: to own expensive cars, to fly aeroplanes, to rule the world, to have people kiss his feet, to dress in garish costumes and to dance in public. There were some indications that he also desired respect - not from those who worshipped him but from everyone.

In 1971 the young Prem Rawat was asked an off the cuff question why did the people kill Jesus Christ?:

In 1976 he even attended a fringe right-wing group's annual dinner to receive an award from Nixon's rabbi, Rabbi Korff's "Citizens' Congress". 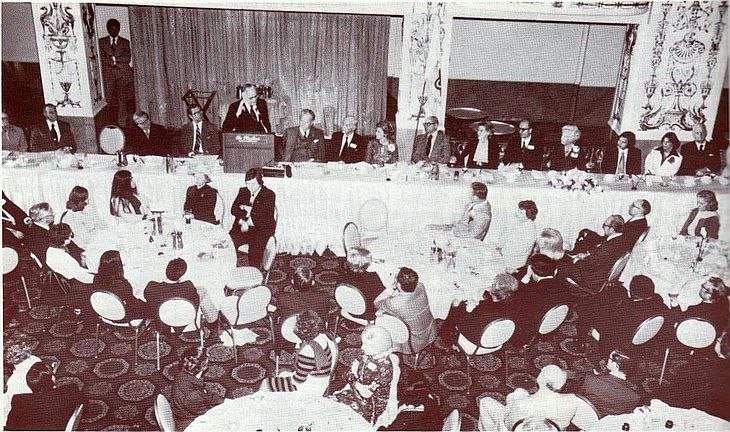 In the early 1980s he knew he was an object of public ridicule and contempt and the media was a sleeping lion ever-ready to despise him. The reputation attached to Divine Light Mission was an ignominious cage for Rawat and he and his minions/brains trust decided to 'rebrand' himself and his product. The Lord of the Universe and Indian Spiritual Master Guru Maharaj Ji became just Maharaji and/or Prem Rawat. He was now a man-of-the-world and "humanitarian giver of a practical way to peace." This image was used by Rawat from the 1980s through to the 1990s when he morphed into an "inspirational speaker" and later an "International Ambassador for Peace."

Whatever might have been in his mind then it was over 30 years before he took steps to gain public respect. The usual method used to gain public respect is to achieve excellence in one or more fields e.g. politics, business, art, entertainment, sport, science, religion or philanthropy. Rawat claims to be an inventor, musician, artist, photographer, a poet, a highly accomplished pilot and a self-funded private investor but all his funds come from donations from the deluded. He does not appear to have any significant talent for singing, dancing and art. He has always hated sports and has never held a job and scorns religion and spirituality.

Prem Rawat and his brains trust came up with another way. Rawat would continue to promote his Knowledge in a non-spiritual fashion in public and de-emphasise the attempts to recruit a larger following and begin small-scale philanthropy and use extensive PR to make it appear to be substantial. They would promote him as a world famous, greatly respected inspirational speaker and International Ambassador for Peace and philanthropist and he would take part in any public forum, no matter how cheesy until such time as it is no longer necessary to pretend. His long-term devotees could be relied upon to provide an entourage and an appreciative audience which was a boon to any minor organisations seeking media attention. They could also infiltrate small higly respectable soundinh organisations like a brach of the United Nations Association to provide opportunities for non-religious, respectable media attention for Rawat. 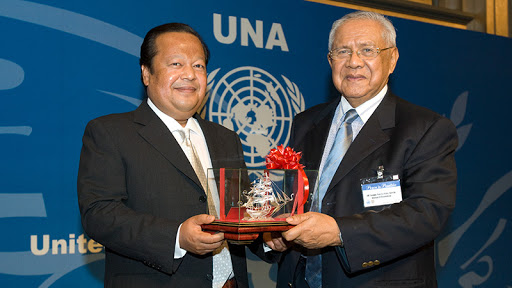 In 1997 the Legitimacy Project was begun and his followers were informed that it was about "fostering recognition and enhancing Maharaji's legitimacy than with having more people become his students." The project has been on-going and while it has not made Rawat as famed and respected as a Kardashian it has created reams of PR.

During this time his eldest brother (formerly known as Bal Bhagwan Ji, later as Satpal Maharaj) had used his status as a spiritual leader of his father's Indian devotees and organisations to enter politics. He has been a Member and a Minister in the Lok Sabha and eminence grise in Uttakharand politics. He has been involved in international politics and met (and been photographed with) most of the poltical and religious elite. His wife has also been involved in Uttarkhand politics and their sons are involved in spiritual and elite social life. He has achieved social respect through his actions. 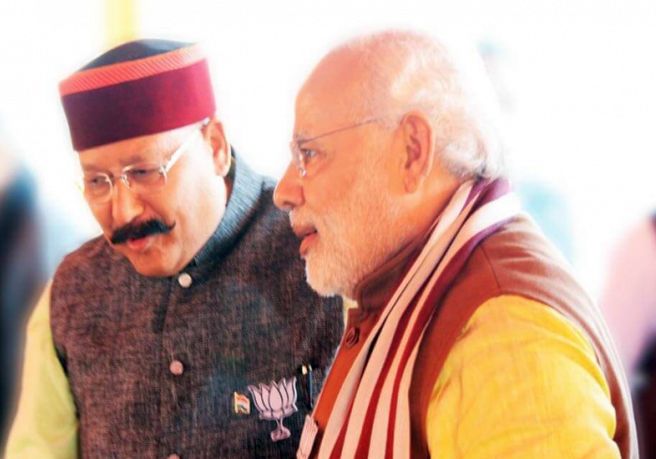 Prem's elder brother Bhole Ji married a dynamic woman (Mata Shri Mangla Ji) and they have three daughters. Their Daughter, Sweta Rawat, is co-founder and chairperson of the Hans Foundation created in 2009, an Indian charity that disburses funds to organisations involved in various health and social programs in India. Note that it is not called the Bhole Rawat Foundation but named after their father. Bankrolled by the "5-Hour Energy Shot" fortune the Hans Foundation has already disbursed far more funds than TPRF can dream of if they actually wanted to be great philanthropists.

Prem Rawat has basically one public activity. He makes speeches - they are off the cuff but are basically the same speech over and over. They have changed over the last 50 years from barely intelligible claims to divinity and simplistic exposition of his father's Sant Mat doctrines in very poor English to practised though vacuous speeches. These speeches are/were recorded and sold to his followers as films / tapes / CDs / DVDs / streaming videos as technology evolved. Rawat's organisations attempt to directly monetise the media by selling them to his followers or charging local organisations for the rights to view them.

They are also packaged as books, magazines, Self-Help classes and of course attempts to recruit new true believers.