A Pictorial History of Prem Rawat: The Dance

A Pictorial History of Prem Rawat: The Dance

A true believer can have their faith deepened and intensified every time they accept another new and difficult challenge to their belief. For Prem Rawat's premies a new chapter began in 1978 when He began dancing on-stage, often dressed in a Krishna costume with flabby, bare chest and a wreath or flowers. 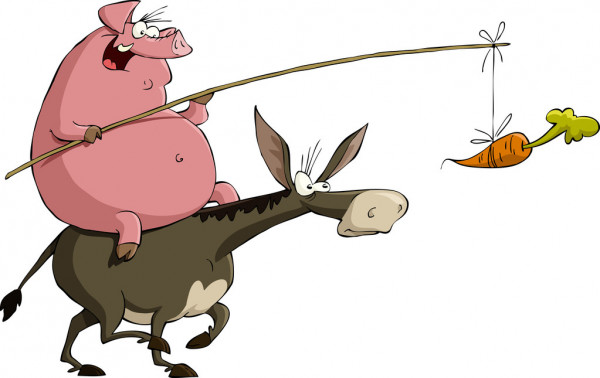 Even a brief look shows Rawat (Maharaji) looking ridiculous. He is ugly and obese with man boobs and quivering fat, devoid of rhythm, ungainly, etc. Acceptance of Rawat's dancing as charismatic and inspiring can best be explained by using Festinger's theory of cognitive dissonance. Rawat is the Perfect Master and his followers continually describe him as gorgeous, beautiful, perfect. But by normal standards he is the opposite. Accepting his ugly and ungainly arm waving as beautiful is just one of the many hurdles that those premies who had remained committed throughout the 1970's had to cross over and which cemented their belief and faith in him that much more. For myself, that was a hurdle I could not get over.

Prem Rawat's career has been a series of "Festinger" moments in the lives of his long-term true believers. Those who have gone this 50+ years slow descent from youthful exuberance to terminal senescence are well and truly rusted on to his Lotus Feet. They are probably hoping to remember take his advice andto call on him on their death beds and enter the blissful paradise of the possibility of peace he has been promising them all this time. The final carrot is definitely getting close.

At the end of 1976, Prem Rawat found himself in trouble. The majority of his management group had decided that Divine Light Mission and his followers could not afford to maintain him at the level of luxury he considered was essential and the foot soldiers and officers of his Mission that provided the free labour and most of the funds had deserted the ashram in great numbers.

Prem went back to imitating his father and role model. Hans Rawat had single-handedly created the following that bestowed divinity and luxury on the young Rawat and he had done it through dressing up, processions, dancing and boasting about being God and the source of infinite love and mercy 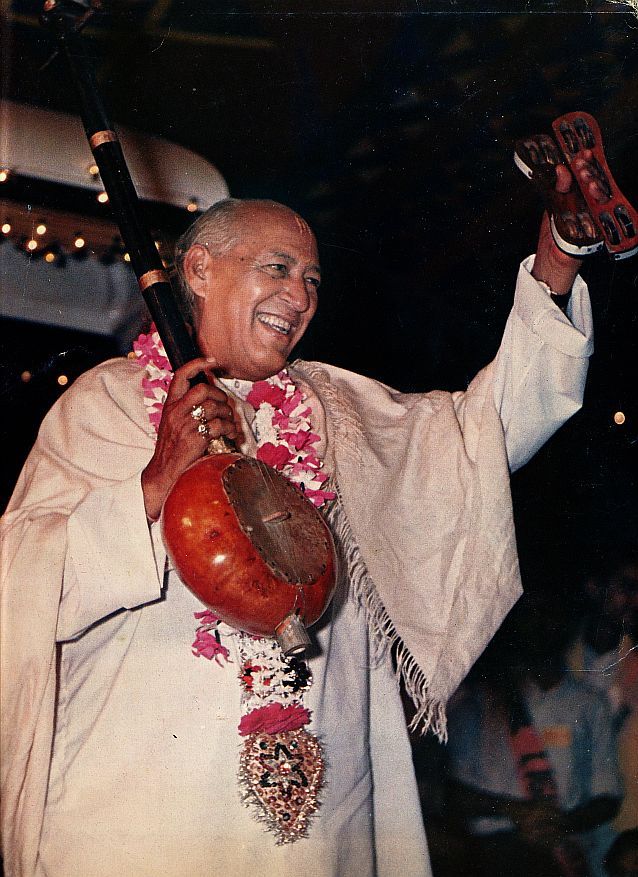 So Prem faithfully followed this route for the next 5 years or so until he felt comfortable and safe and rich enough to try his own ideas again.

Prem Rawat is an extremely short and obese person and when dressed as Krishna his rolls of fat are only partially covered. His movement is poor and lacking in rhythm which was explained because universes were created and destroyed when his arms rose and fell so he had to be careful.

He danced his way into being accepted as the current Perfect Master but he was much younger and thinner then. Undoubtedly many people interested in the Knowledge and some of his followers (myself included back in 1978) were nonplussed, appalled and disenchanted by this behaviour but the response from the majority of his followers was enthusiastic if not orgiastic. 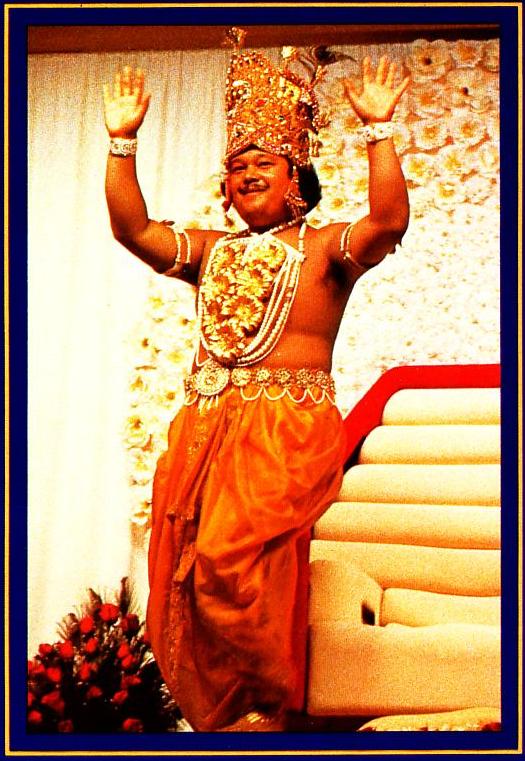 Grown men screamed and fainted (well a few) at his first appearance in his mala in 1978. Scenes of him dancing were included in the Divine Light Mission videos produced at the time and we have scenes from Hans Jayanti 10th November 1979, You Are My Savior - 1980 on this website. 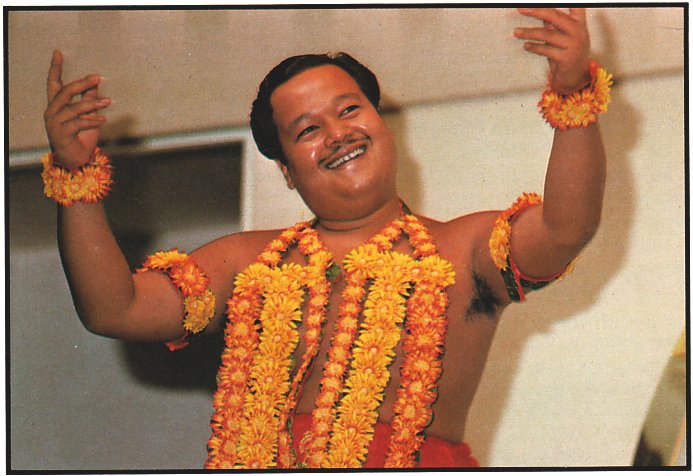 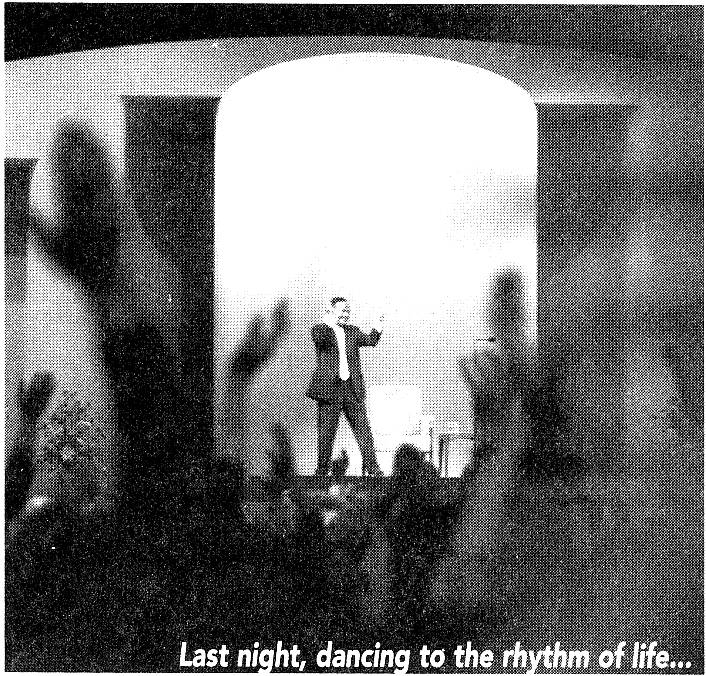 At Long Beach California in 1996 Rawat danced to the "rhythm of life." 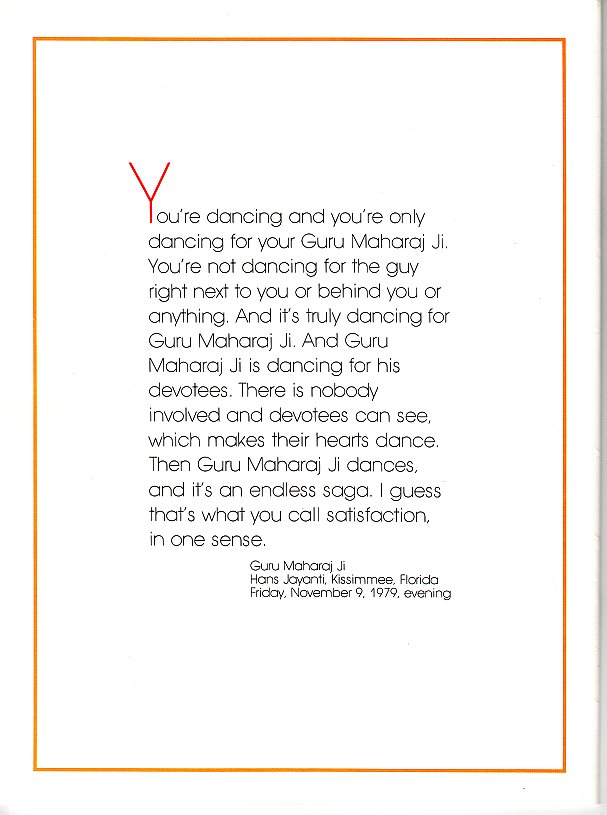 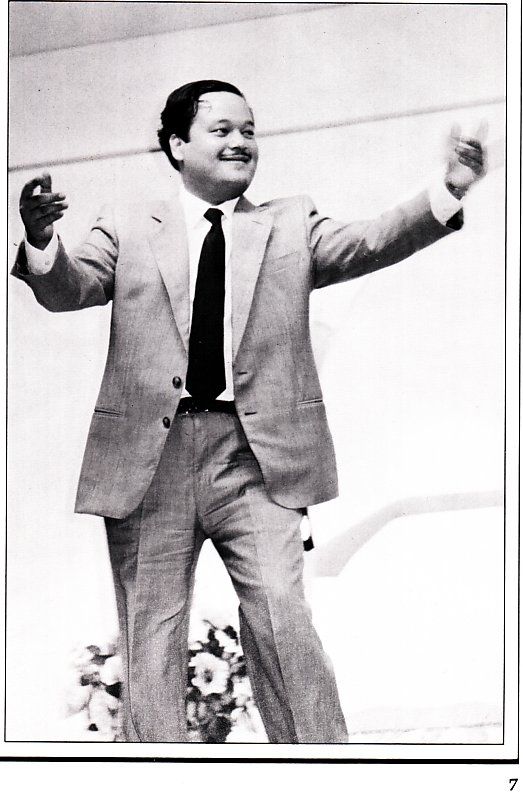 Click Here to watch some video clips of these astonishing moments which have continued to, at least, the year 2000.