In September 2016 a 5-day celebration was held for the 50th anniversary of Prem Rawats relentless efforts to spread the message of peace.

"Dear children of God, why are you weeping? Haven't you learned the lesson that your master taught you? The Perfect Master never dies. Maharaj Ji is here, amongst you now." 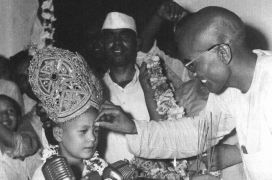 Immediately his mother, three elder brothers and all the mahatmas present, prostrated at the feet of the new Perfect Master and received his blessings. As thousands wept and cheered he was crowned with the crown of Krishna, garlanded with flowers and tilak-ed. He succinctly explained the transmission procedure:

"See, after one Master, the power of his spirit is transmitted. That holy spirit of Knowledge is transmitted to another body, whom the first body thinks is capable. … the Master who has been perfect knows who has to be the next man, who's capable of this, of receiving this authorization. And then, after him, the power is transmitted to him. And he fully agrees with that."

Young Prem spent the next few years in school but then began his public career with a bang.

In 2016 4,500 people gathered at a 5 day celebration to celebrate Prem Rawat's Success. No doubt there were celebrations in India and these days with improved communications and transport a pretty big crowd might have gathered. But there are hundreds of Indian Godmen and Rawat is small-fry there even compared to his brothers and gathering a crowd for a religious festival is no big deal. After 50 years, thousands of speeches, million of dollars spent on publicity, millions of dollars spent on travel and millions of dollars spent on luxury, the people celebrating Rawat in the West is now a quarter of those 40 years ago.

Prem Rawat aka Maharaji claims to have a powerful and unique message - that peace begins with each of us, is within inside of us and that he can reveal 4 simple meditation techniques that allow us to go inside and find the joy and peace. If this were true then surely after 50 years there would be people acclaiming Prem Rawat on every street. Prem Rawat is a failed and forgotten divine wannabe hanging onto the rump of his former devotees and making a relative fistfull of money while doing it. 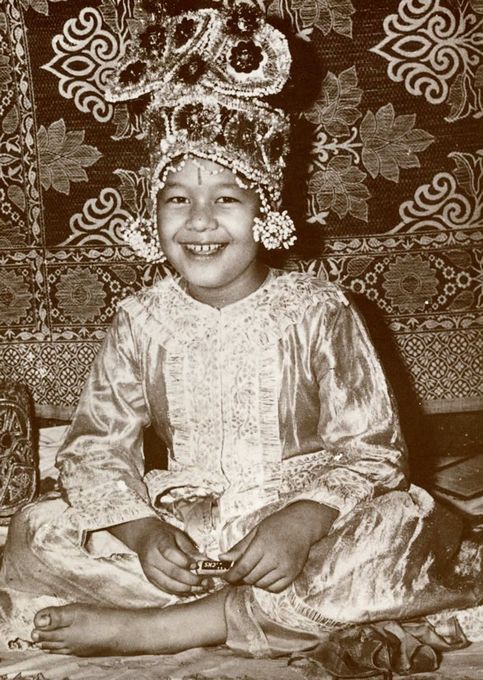 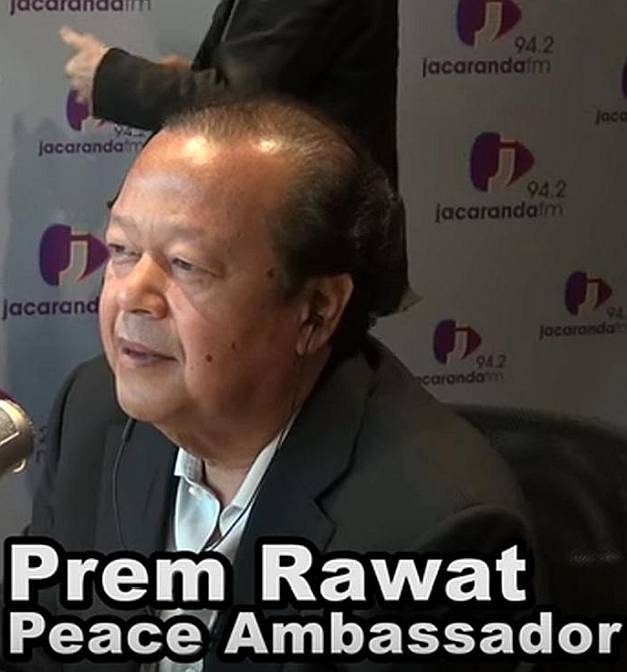 In 1971 when Prem Rawat was roaming the USA looking for anyone who would listen to him there was a photograper with him. In a photo of a small group of people asking questions published in the Divine Light magazine there was something really unique … a bald head. That young man was suffering early onse baldness while all around him where healthy, shining heads of male hair. 43 years of meditation later its 2014. This photo published on a Prem Rawat official site is of a crowd of his faithful premies listening to him speak. 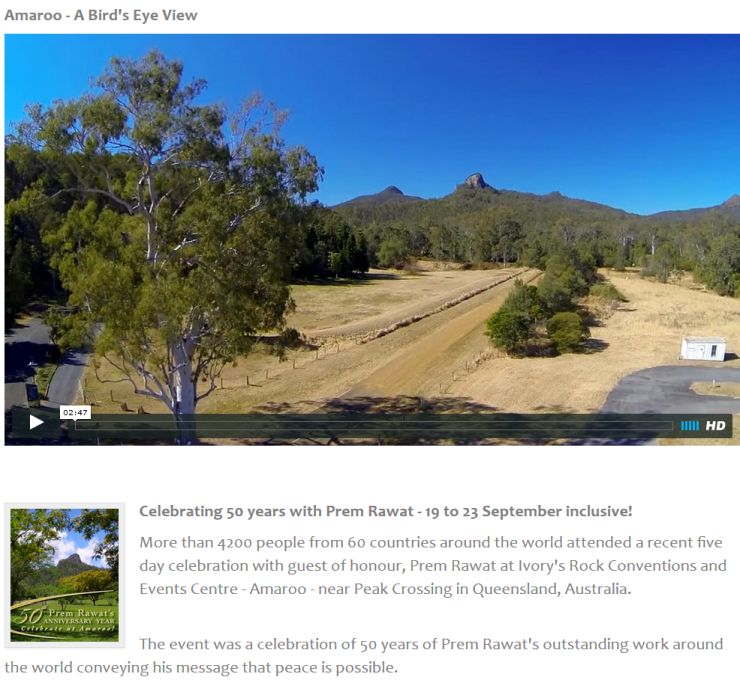 For all but his loyal devotees Prem Rawat's 50 year public career can only be seen as a failure. He tries to hide his claims of divinity during the first 15 years of his career but it was while obeying the script that he had been taught as a child and using the excitement and exuberance of his young counter-culture devotees that a following developed in which over 20,000 people would gather to see and hear him and consider themselves fortunate to kiss his feet him. In the early 1980s, the 25 year old decided to go his own way and after another 35 years of touring and speaking and proselytising, financed by his diminishing group of devotees, he can only attract a crowd of around 4,000. This is despite the cost of international travel being much cheaper than 35 years ago. This is truly an outstanding failure and the core of his followers are now starting to die of old age.