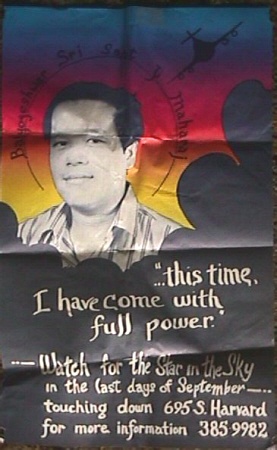 Divine Light Mission finished it's early, rapid growth period by the end of 1973. Beginning in 1974 it had large debts following the Millenium 73 festival. While there were serious problems still to come the administrators, unaware of what the future held, settled down to try to organise and stabilise their large, unruly but dwindling band of ex-hippie premies (and themselves). They attempted to create "communities" of premies in major cities and organise a stable ongoing financial stream (AMP) and regularise ashram activities while paying off the Millenium debts and financially supporting Rawat and his entourage. They also had to cope with Rawat's marriage, the Darby Mclean legal problems, the questions about it's tax-exempt status and the Indian Divine Light Mission denouncing him as a drug-taking, meat-eating playboy and replacing him as Perfect Master.

A decision was made that the best way to present Maharaji was as a "humanitarian leader" who had matured along with his devotees who formerly had been hyping the Knowledge rather than actually experiencing it's joy and bliss. The reports to the press began in March 1976 though responses were frankly dubious in accepting this volte face. An article appeared in the May 1976 Divine Times called "Part of the Mainstream" explaining to premies their new ideology. Mishler later claimed Rawat had agreed to these changes. This was truly bizarre as Rawat had been promoted as the boy God, the Lord of the Universe and the Lord of Universal Peace, who proclaimed he had come to rule the world with more power than any Perfect Master before him. While premies were obedient and changed the way they spoke about Rawat publicly (most of those who didn't think he was God had left) the media were, understandably, not so obedient. As Bob Mackenzie had written "The 16 year-old guru Maharaj Ji has decided he is God, I understand. That is not a bad job for a 16 year-old kid, except that there's no chance for advancement." There also is no possibility of an acceptable and reasonable demotion.

Michael Dettmers became involved in the administration as he was one of the few premies with management experience in a large organisation.

In 1975 most of the premie administrators living in ashrams in Denver were in a malaise they could not openly discuss due to peer pressure and their belief in the "DLM line." Most had "received Knowledge" in 1971 or 1972 and were coming to terms with their loss of innocence and faith. Administrators made convoluted excuses for all DLM failures and "explained" that the guru was faultless and blameless but began to be more truthful about much of the pretense and exaggerated claims made by premies.

Do you think people have learned not to blow things out of proportion and not look outside for things to happen? Bob: I think there are some people who are still into hyping things, but those of us who are working in the headquarters have gotten beyond that for the most part. … For many premies, hyping was an experience they needed. … we were hyping it up beyond what we had realized and were adding a lot of garbage

Mike: There is a tendency to hype ourselves saying, "I have Knowledge and am realizing it." But I shouldn't have to pretend that I am strong if in fact I am experiencing difficulty or doubt. 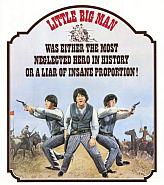 Exactly there, right in the centre of the Divine Light Mission, other matters too were, to a growing extent, just like the rest of the world. Nobody except his security people, his personal aids and 'president' Bob Mishler ever got to see Maharaj ji himself. But his lifestyle did affect the people that had to arrange it all for him. The job of my ashram mate Joe Schwartz for instance, was to rent films for Maharaj ji whenever he exchanged his 'divine residence' in Malibu California for Denver to discuss business with Bob. As soon as he left for Malibu again, Joe dragged projector, screen and rented films into our ashram, where we in all secrecy and taunted by the strangling question of whether we had now definitely fallen of the path watched Little Big Man and the Godfather. Two favorites of Maharaj ji, Joe assured. And while watching a rented movie apparently was all right, then why not in a theater, Tom White, another house-mate of the ashram in Franklin Street wondered. He worked at the 'petty cash' on Finance and because of this could always get his hands on some money. So together we went to Denver's fifty cent theater … And because Maharaj ji had a motor home as huge as a public bus in order to see America, with a kitchen, bathroom, sleeping room and all, Tom figured we could take the Ford Capri of Finance to Aspen … More mistakes together were hardly possible.

Even though Matthew had, like me, adopted the ashram lifestyle, which did not allow drugs, alcohol, or cigarettes, he had never quite adjusted. Sometimes in the office he smelled of Scotch, and he kept a stash of marihuana tucked away up in the Divine Times office's false ceiling to enjoy late at night with some of the other people on the Divine Times staff. … I was having a less serious love affair. Although in coming to Denver I had agreed to live in a monastic way, I found it rather difficult to do so. From my short experience, there was no substitute for the deep and happy satisfaction of making love. On a few occasions during that cold winter of '73-'74, I broke my monastic commitment. … he (Raja Rawat) began expanding his existing fascination for guns and violence. Like Maharaj Ji, Raja Ji had started to drink. Though I love to drink from time to time, I never do so before the end of the afternoon. Raja Ji sometimes started much earlier than that. One evening I sat with him and Claudia as they drank. Slowly the conversation turned from an interesting discussion to a series of slurred comments about where do the bubbles come from in champagne. This is spirituality? I thought to myself. 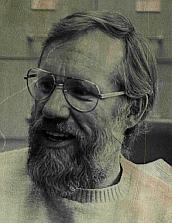 Downton received much of his information from Lucy Dupertuis and other DLM staff in Denver IHQ and so much of it was DLM propaganda but in this case he has been able to use the benefit of hindsight. As he explained later, Rawat was not in favour of the workshops as he condemned "chit-chat" at Hans Jayanti and during his surprise visit to the Denver Community Meeting but he did not prevent the workshops going ahead. He probably did not understand what was happening as he usually only spent a day or two in Denver at a time. His understanding of his followers, at this time if not others, was poor. Rawat used the word 'understanding' regularly but examining his available speeches from the last half of 1975 shows he meant it in his usual way, that premies should understand the importance of the Knowledge and prachar and that they should obey him, worship him and dedicate their lives to him through satsang, service and meditation. While Downton's version of the events of 1976 is correct much of Downton's comments about premies beliefs in 1976 is overly credulous. He believed that what he was being told by his sources was a reflection of their actual 'experience' when it was more likely their parrotting of the official line being propagated by DLM administrators. As soon as Rawat reverted to his normal public divine persona wearing a Krishna costume premies reverted to enthusiastically worshipping him publicly. 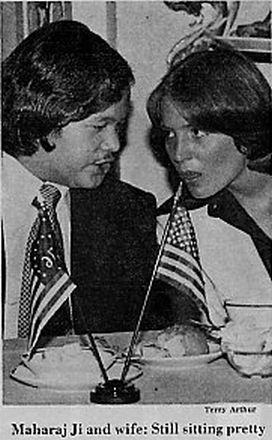 This appraisal of the changes in DLM in 1976 is based upon:

and the newspaper articles listed above and personal memories.